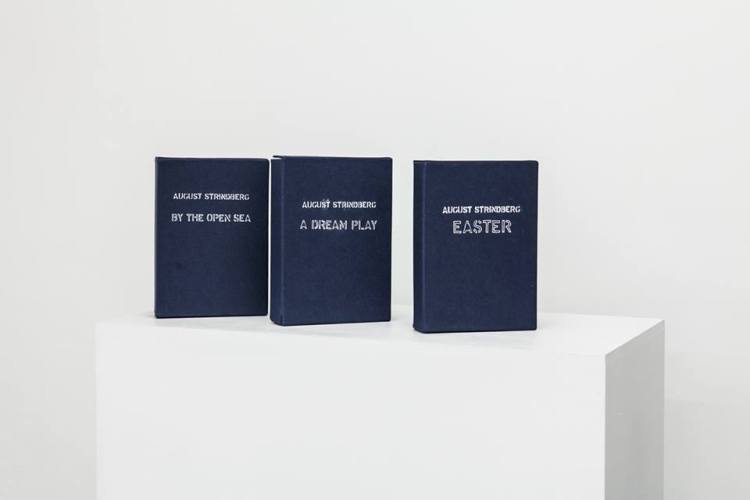 For this work I read and noted down each time August Strindberg (an author who lived and worked in Stockholm) mentioned or described smell in 3 of his texts. I then sourced these smells and presented them in book boxes attempting to let the smells represent the literature, and evoke the scenes they described.

“The work can be read as an investigation into the boundaries of non-verbal communication. Other than language, smell is less likely to lead to the intended comprehension of a transmitted message, but rather evokes immediate cognitive and emotional reactions. To an even higher degree than in speech, it is uncertain whether the substance of a smell can be decoded and understood by another person.”  Stefanie Hessler.

This work was realised with  support from perfumer Geza Schoen.